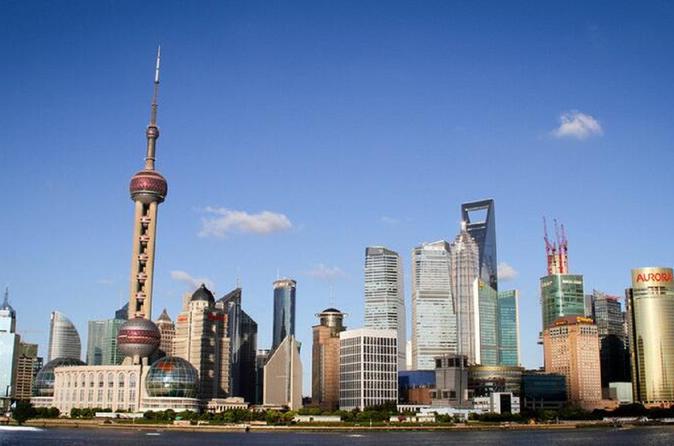 Shanghai, regarded as the Oriental Paris, is the best place to see East-meets-West Culture. Walking in the traditional Chinese garden - Yuyuan Garden & Bazaar, wandering along the charming exhibition of international architecture at the Bund...you will find a splendid combination of East and West, as well as tradition and modern.

0830AM: Meet your local tour guide in the lobby of your accommodation hotel and start your city tour

First stop to Shanghai Museum (close on Monday which will be replaced by City Planning Centre)
Located in the centre of Shanghai in People's Square, Shanghai Museum is a large museum of ancient Chinese art. The museum style and presentation surround visitors with artefacts demonstrating ancient wisdom and philosophy. The exterior design of the round dome and the square base symbolizes the ancient idea of a round heaven and a square land.

Followed with a tour to the Jade Buddha Temple
Situated in the northwest near the intersection of Anyuan Lu and Jiangning Lu, the temple is an active one, attracting large numbers of visitors, both local and overseas Chinese tourists. It is one of Shanghai’s few Buddhist temples.

Lunch in local restaurant with one glass of soft drink

In the afternoon, enjoy a relaxing walking along the Bund before head to one of the most beautiful Southern Chinese garden-Yu Garden

The Bund, also called the Zhongshan Road, is a famous waterfront and regarded as the symbol of Shanghai for hundreds of years. It starts from the Baidu Bridge, which is at the connecting point of the Huangpu River and the Suzhou Creek, to the East Jinling Road and winds a 1500 meters (less than one mile) length. Walking along the Bund, which is at the west shore of the Huangpu River, the Oriental Pearl TV Tower can be seen on the opposite side and also the Jin Mao Tower. Being one of the Top Ten Shanghai Attractions, the Bund is a really beautiful and special place which is worth visiting.

Yu Garden, Old Bazaar
Yuyuan Garden, a place of peace and comfort in the heart of bustling Shanghai, dates back to the fabled Ming Dynasty. Now a popular tourist destination, Yuyuan began as a private garden created by Pan Yunduan, who spent almost 20 years - and all of his savings - to build a garden in order to please his parents in their old age. That is why he called this garden "Yuyuan" - because "yu" in Chinese means "peace and health".

Acrobatic Show as night entertainment
Chinese Acrobatics is one of the oldest performing arts. Its history can be traced back to Neolithic times. It is believed that acrobatics grew out of labor and self-defense skills, which people practiced and demonstrated during their leisure time. The early performance is "walking on three-meter-high stilts while juggling seven gaggers". Then it developed into an entire art form.

Transfer back to the hotel after the show.

Shanghai, regarded as the Oriental Paris, is the best place to see East-meets-West Culture. Walking in the traditional Chinese garden - Yuyuan Garden & Bazaar, wandering along the charming exhibition of international architecture at the Bund...you will find a splendid combination of East and West, as well as tradition and modern.