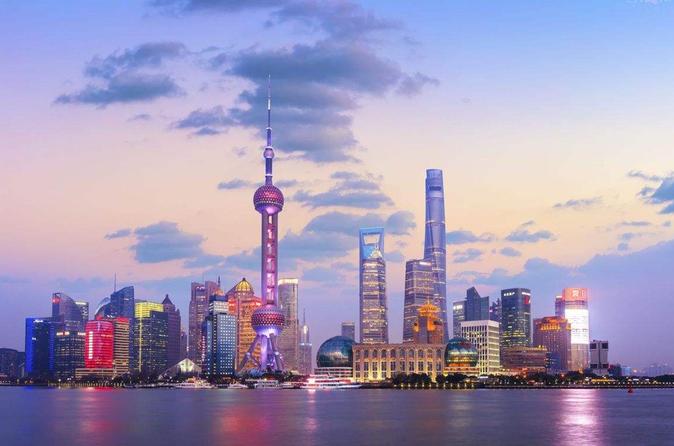 Get an idea of Shanghai by walking along the Bund, visiting 400 year-old Yu Yuan Garden and Old Street, feeling the local life in the Former French Concession District and Xin Tian Di.

Your discovery of Shanghai starts from the Bund, Shanghai’s picturesque waterfront, it is well known as the International Architecture Exhibition with different skyline of both sides of the Huangpu River. The Bund in Shanghai was first used when the first British company opened an office there in 1846. The Bund, or the waterfront, is now surrounded by about 50 various buildings of different architectural styles including Gothic, Baroque, Romanesque, Classicism and the Renaissance.

Next you will move to the Yu Yuan Garden, a classic creation of the Ming dynasty, and the ancient Shanghai Old Street. Yu Yuan is the most famous garden in Shanghai. It is located in the heart of Shanghai's Old City, one of the few old tourist places in Shanghai. Close to the gardens is the Shanghai's bazaar, a great number of small streets and lanes where vendors sell their products and food stuff to the tourists and local people. It is called the Yuyuan Garden - because "Yu" in Chinese means "peace and health"-- a place of peace and comfort in the heart of busy Shanghai. Yu Yuan Garden was first built as a private garden created by Pan Yunduan. He used almost 20 years and all of his savings to construct a garden in an attempt to please his parents in their high ages.

You will make a stop at the former French Concession, a charming neighborhood which was established while Shanghai was a French settlement.

The last stop will be Xin Tian Di, a stylish nightlife district with a variety of boutiques, pubs and restaurants. Understanding the life of people here as well as their future. You can stay here on your own, or choose to return to your hotel.

Get an idea of Shanghai by walking along the Bund, visiting 400 year-old Yu Yuan Garden and Old Street, feeling the local life in the Former French Concession District and Xin Tian Di.