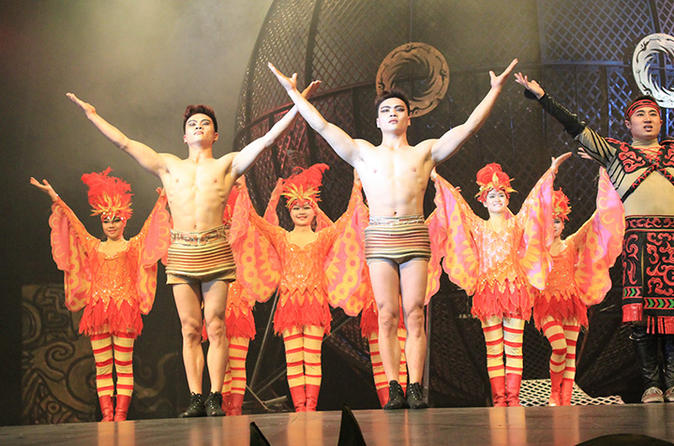 Enjoy the hugely successful production Era – Intersection of Times that has been running daily since 2005 to continued acclaim.

Get picked up from your hotel a little before 6:30 p.m., and enjoy a private transfer over to the Shanghai Circus World venue located in the Zhabei District.

Once you arrive at the venue, make your way to your VIP seating to watch this acrobat show from a prime viewing area. This show is considered one of China's number-one acrobat shows and has been running since 2005. It combines modern multimedia technology with Chinese acrobatics for an action-filled performance of stunning and breathtaking feats, amazing imagery, and a dazzling finale of a motorcycle race inside an iron-and-steel globe.

After the show ends, you'll be transferred back to your hotel around 9:30 p.m.

Please note: ERA Acrobatics Show theater will be closed for upgrading since July 1, 2018 and is expected to be reopened after 12 months.

Enjoy the hugely successful production Era – Intersection of Times that has been running daily since 2005 to continued acclaim.