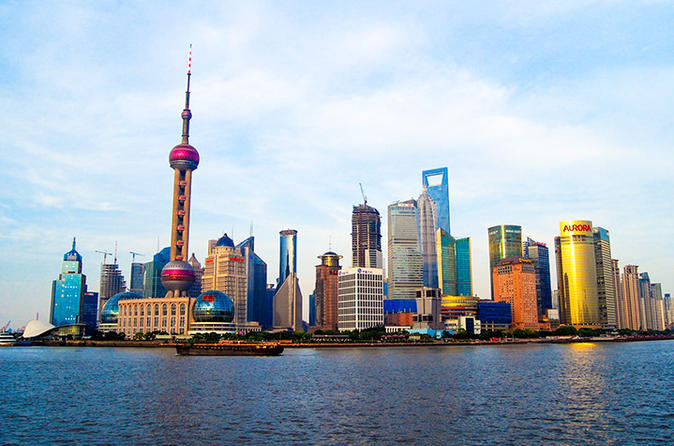 See Shanghai Old Town (Old Street), Yu Gardens, Xintiandi with its old Shikumen buildings, Wulixiang Shanghai Old House with old-fashioned articles and displays as an Old Shanghai family used to be, the colonial era Bund with beautiful old buildings that once housed Banks and Trading Houses at the end of the 19th Century.

Your private guide will meet you in your hotel lobby at 9am to start the tour of Shanghai. Starting in Shanghai old town, also called ‘Old Street’ you will see the City God Temple and some of the remaining old shops and houses that today are part of a Historical Cultural Scenery Area that was enacted by the Shanghai government in 2006.

Close by to the Temple is the Yuyuan Garden. Originally established during the Ming Dynasty, this extensive Chinese garden had a very varied history until it was declared a national monument in 1982.  At one time this was the largest garden in Shanghai, but the cost of establishing it brought ruin to the owners. At different times it has been used by the British Army as a headquarters, taken over by the Small Swords Society during the Taiping Rebellion and severely damaged by the Japanese during WWII.  The garden has now been fully repaired and as well as the surrounding traditional buildings, the Chinese garden is a delight to walk around.

Your tour continues to Xintiandi, located in the center of the old city and developed from the old Shikumen (Stone Gate) houses that started appearing in the middle of the 19th century. The old houses were built so close they created narrow alleys and back-to-back houses as more and more Chinese migrants came to Shanghai to work for the foreigners who lived and worked in the concessions. Today Xintiandi has been rebuilt in the old style and a new community of cafes, book shops and bars has been created amongst some of the most expensive real estate in Asia. As well as the shops you can see the site of the first congress of the Communist Party of China and the Shikumen Open House Museum. At night Xintiandi is a popular spot for locals and visitors alike.

Your final stop for the day is at The Bund with the many historical buildings that were  erected around the late 19th  and early 20th  centuries and originally housed the many banks and trading houses that sprung up at that time from the UK, Europe, United States and Russia.  From the waterfront adjacent to the Bund you will get a spectacular view of the modern commercial district of Pudong across the Huangpu River, whilst behind you are the historical buildings that formed part of the Shanghai Concessions.

After your visit to The Bund you will return to your hotel where the tour ends.

See Shanghai Old Town (Old Street), Yu Gardens, Xintiandi with its old Shikumen buildings, Wulixiang Shanghai Old House with old-fashioned articles and displays as an Old Shanghai family used to be, the colonial era Bund with beautiful old buildings that once housed Banks and Trading Houses at the end of the 19th Century.