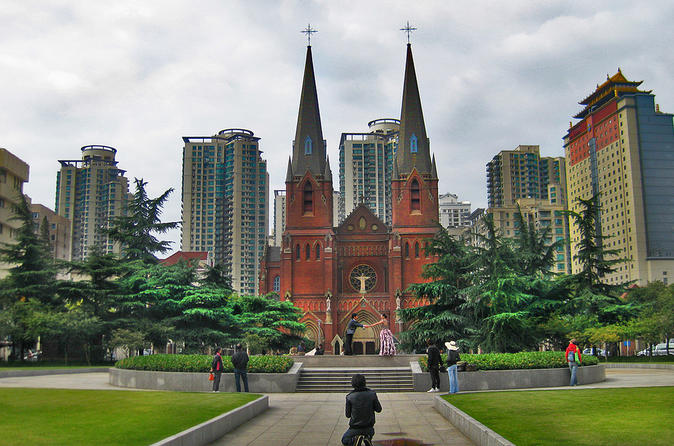 This walk takes you to an area that has a rich and rather different history from other areas of Shanghai – home to both the former Jesuit community and to a famous Chinese man of science, Xu Guangqi.

In mid-16th Century, a group of Jesuits traveled to China from Rome, arriving first in Guangdong. The most famous of these priests was Matteo Ricci, an Italian who was very learned in the fields of science and technology. Later Xu Guangqi, a highly educated Chinese scholar-official became the close friend of him. In 1603, Xu converted to Catholicism and within a few years, the rest of his family also did.

During this tour, Janny Chyn will take you to visit the tomb of Xu, Xujiahui Cathedral(St. Ignatius) - Shanghai's most famous cathedral. It was built by the Jesuits who have had a presence here from as early as 1608.

In the end of the tour, visit the Tushanwan Orphanage Museum, it has left a glorious page in Chinese recent history of art, printing, publishing and religion. Established in 1855, not just for orphans, but for boys whose families were too poor to support them. Known as the birthplace of the first generation of western painters in Shanghai, one that introduced western crafts, used lithographic printing and collotype technology.

The arts and crafts made by Tushanwan were exhibited at Expo 1900 Paris and Expo 1915 Panama respectively, among which, Chinese pagoda statues attracted a lot of attention.

Janny Chyn is the founder of Shanghai Pathways, a platform that engages people to learn and understand the city through unique cultural activities “off the beaten tracks.” She is also a writer and has been a guest speaker for schools and organizations.  Apart from running Shanghai Pathways, Janny provides training and consultation service for corporate clients such as P&G, Ipsos, and Google. Her current work has been featured in media outlets including Los Angeles Times, Miami Herald, CNNgo.

This walk takes you to an area that has a rich and rather different history from other areas of Shanghai – home to both the former Jesuit community and to a famous Chinese man of science, Xu Guangqi.