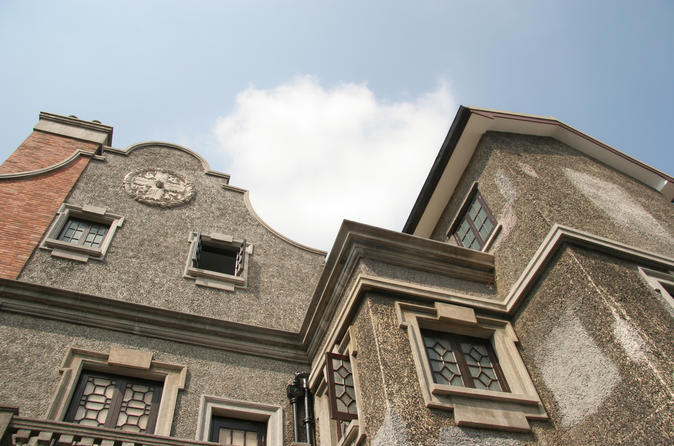 Hidden in Shanghai’s old lanes and streets are numerous historic revolutionary sites, which are often unnoticeable to careless tourists. However, close contact with those old houses can ignite images of Chinese revolutionary history.

Inside a nondescript historic lane, there is a three-story villa. Only a wooden board with faded inscriptions informs passersby of the villa’s prestigious identity: the birthplace of the League of Chinese Left-Wing Writers. At the end of the 1920s through the first half of the 1930s, the Kuomintang government launched a series of military attacks on CCP revolutionary bases and implemented a policy of cultural suppression against dissenters in regions it controlled. Under these circumstances, left-wing writers in Shanghai united to fight against oppression from the Kuomintang government.

The tour lead by Janny Chyn focuses on this mysterious part of modern China's history by going back in times. Visiting long forgotten backstreets of the homes which once belonged to China's most famous writers, including the League's leader - Lu Xun, walk into the beautiful park named after him, discover the hidden site of the secret Sun Association which was the birthplace of the left-wing revolution. Many of those involved were later to assume leading roles in the cultural affairs of the People's Republic of China.

This history of the League's origins, organization and activities present an account, drawing on contemporary materials and sources newly-released by the CCP. It occupies an important place in the development of China's 20th-century politics and literature.

Janny Chyn is the founder of Shanghai Pathways, a platform that engages people to learn and understand the city through unique cultural activities “off the beaten tracks.” She is also a writer and has been a guest speaker for schools and organizations.  Apart from running Shanghai Pathways, Janny provides training and consultation service for corporate clients such as P&G, Ipsos, and Google. Her current work has been featured in media outlets including Los Angeles Times, Miami Herald, CNNgo.

Hidden in Shanghai’s old lanes and streets are numerous historic revolutionary sites, which are often unnoticeable to careless tourists. However, close contact with those old houses can ignite images of Chinese revolutionary history.